Do you know what insulin does?  We don't...at least not the whole story.  At the Biddinger Lab we are working to identify the key targets and pathways regulated by insulin that are necessary to prevent the development of atherosclerosis, NAFLD, and other complications of insulin resistance.

Obesity and the related disorders of metabolic syndrome and Type 2 diabetes lead to cardiovascular disease.  Indeed, cardiovascular disease is the most important cause of death in diabetic patients.  We have found that insulin resistance, a central feature of obesity, is sufficient to cause high cholesterol levels in the blood and atherosclerosis.  The Biddinger lab is currently dissecting, at the molecular level, the mechanisms by which insulin resistance produces atherosclerosis. 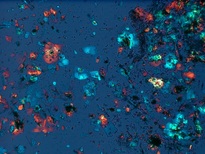 Over 100 years ago, Sir William Osler documented the association between obesity and gallstones.  Since then, many studies have confirmed the increased prevalence of gallstones in obese  individuals, but how obesity could cause gallstones remained a mystery.  In 2008, we showed that insulin resistance, a central feature of obesity, promotes gallstone formation by increasing biliary cholesterol secretion and altering the composition of the bile such that it becomes more likely to form gallstones.  The Biddinger lab is now taking on further studies to identify the specific regulatory molecules which mediate the effects of insulin on biliary lipid metabolism.

Over the past century, our intake of fructose has dramatically increased.  This is correlated with increases in obesity, fatty liver disease, and other disorders.  This has led to the suggestion that fructose intake should be limited.  But is fructose itself harmful?  The Biddinger lab, using a combination of metabolomics, genetic and transcriptional profiling approaches, is trying to determine the specific metabolic effects of fructose.  It is our expectation that this will lead to more rational dietary advice.